Liana Takashi
is away. You cannot roleplay with this character unless the roleplayer comes back within this month.

I like my face, not to sound vain though but I find myself pretty. If not pretty, at least okay-looking. I'm the typical Asian, with the pale skin and black hair and brown eyes.

I actually go back and forth through red and brown hair, because I went into a rebellious stage during 8th Grade and dyed my hair pink. My dads went nuts and grounded me, but they eventually gave up and actually started complimenting how red looks good on me.

I also have a very specific style and its called pajamas. Um, my clothes are mostly of the color red because red is an epic color.

William is my dad. He's the really serious one and I wonder how he got together with my other father, because they're like polar opposites. He's more into business related stuff and daddy's more into arts. Whenever I ask this, they respond and say its because "opposites attract". I also call him Dad, because he refuses to be called Daddy. I don't understand why they used daddy's last name instead of dad's, dad is the manlier one lols no offense though but its true.

James is my daddy. I prefer him over Dad tbh, I love them both equally though. But he's a lot of more fun to be with and he's an artist. Even though we're not related by blood, I inherited from him the ability to draw 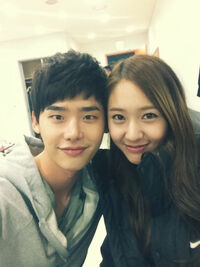 like anime and manga characters which is pretty effin' awesome. He says that he'll support me in everything, unless if I become a.. um, a wh*re. I don't like the word, but its what he said.

Stephen is my cousin, well older cousin but you probably get that drift. He's a cousin from Daddy's side, we're not biological cousins though because y'know me being adopted and sheet. Anywho, he goes to college in Harrington and he majors in computer science. He's really annoying and he likes telling us that he's really popular in college, but we don't really believe him since his only friend is a girl named Elisa AND ELISA IF YOU'RE READING THIS STEPHEN LIKES YOU SO DON'T LISTEN TO HIM IF HE TELLS YOU THAT HE LIKES A GIRL NAMED JESSICA, HE DOESN'T KNOW ANY JESSICA'S, THAT ASSHOLE. Yeah, he's an asshole but I love him because he's like a brother to me and I basically spent my childhood with him.

All I know is that I was born somewhere in North Carolina to a British mother and Korean father, and I don't know what was going on their minds by then and gave me away. Luckily I was adopted by William Grayson and James Takashi, they named me and everything and everything was really cool by then.

Stephen says that I'm a really violent person, because I exaggerate my emotions. I apparently have a habit of hitting people whenever I'm happy, mad, fangirling and ect. ect. I also act depressed because my ships usually never become canon and end up with someone else and it hurts. I'm also pretty dorky and I try to do aegyo sometimes, but it always comes out awkward. I'm not really scared of people getting a bad image of me. I can also be really sassy and spunky, but that's not important.

Kyung is a friend. How we became friends is really weird and awkward, but we're really close now. He's like a brother and he's awesome.

1 of 77
Add photo
Retrieved from "https://californiadreaming.fandom.com/wiki/Liana_Takashi?oldid=50272"
Community content is available under CC-BY-SA unless otherwise noted.