I have plain old brown hair and brown eyes. I usually wear a really cute outfit from whatever store. I'm the kind of girl that's pretty conscious about what she wears. I really don't like boot cut jeans, so whenever I wear them, I stuff the ends into my boots.
I really don't believe in using heat products on my hair or strong chemicals. This is why I don't own a single curling iron, but I own a hair dryer that doesn't use direct heat. I barely use hair spray unless I really need to, so I just go with the flow and do my hair whichever way I want to.
I paint my nails every other week with bright colors and sometimes patterns. Occasionally, I draw little pictures, but that's only for special events. Currently, my nails have teal and aqua stripes with a pink heart in the middle of the nail.

He's my dad. He remarried some woman I don't know, and now they live in a loft on Virginia. We used to get along pretty well, but I felt like he pushed me out of his life ever since he had a daughter with her and named her Anita. I know, Anita?
Recently, he has tried to contact me, but I barely pick up. Our conversations are always short, because I refuse to be "happy" around him. If he never made the effort to fly down and see me, why should I make the effort and talk?

She is the woman eight years younger than my dad whom he remarried. She's snobby, careless, and selfish. I really don't see what my dad likes about her. She has never even tried to talk to me. She only does when he's there. Otherwise, the things she says aren't positive.
Whenever I actually try and be friends with her, she just pushes me away and goes on about how I'm like a devil's child. She even asked for dad to leave on my birthday. She thinks I'm the one who's unreasonable. Seriously? If anything, she is.

This is my mom. She's a single mom (sorta) who's barely home because she's always traveling, so it gets pretty lonely with just me in the house.
Remember when I said she was a single mom? Well, she has a boyfriend named Ricky, but he doesn't live with us yet, and he's pretty nice. He actually tries to spend time with me, unlike my dad.
Before she met Ricky, she did everything for me. When we first moved here, it was pretty hard for us. We didn't know where anything was, but she always managed to end each day on a happy note. She even worked her butt off for us every day. 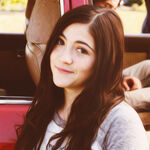 Ricky's my mom's boyfriend. He's pretty much what my dad once was: loyal, fun, and actually cares about me. They've been together for a little more than a year. He and I get along pretty well, and I like to think of him as my dad, and not the guy who my mom divorced from because he was a dirty cheater.


Ricky usually acts as my guardian when my mom's away, but when he's away, my aunt stays with me. I mostly prefers that he watches me because, well, he makes good lasagna. Don't judge me, it's amazing.

I was born to Gerard and Hallie Minch on December 22, 1997. I grew up as an only child in a very happy family for twelve years. When I was nine, I was shopping with my mom when I saw my dad hugging some woman eight years younger. I guess you can figure out what happened after that, and now I'm banned from the Richmond Gold Star Mall.
A year after that incident, my mom and I decided to move to LA. We figured that Virginia wasn't right for us, not only because of the cheating incident. We wanted to escape and start a new future, just the two of us. After a lot of thinking, we finally packed up everything we owned and just left.
When I was thirteen, I had received a letter inviting me to my dad's wedding with Lisa, the girl he cheating on my mom with. I had mixed feelings about it. I finally decided to go. When I got there, Lisa announced they were gonna have a baby named Anita. I was so pissed off, I got a handful of cake and threw it at her. I still visit my dad sometimes, but not as often. I think you know why I don't often visit him.
A few years ago (I don't know, about five or something), my mom met a guy from work, Ricky, and they got along so well that they're dating. Ricky actually cares about me and my happiness, unlike Lisa. He's actually moved in with us. 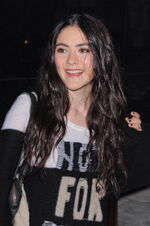 I'm usually very social and outgoing to others. Wen I meet someone, I try to see what we have in common so the conversation isn't dull.
So I've been told that I'm gullible and stubborn. That's true. I fall for jokes very easily and I get a little angry when I find out they were jokes. I hate to admit I'm wrong, too.
I have to admit, I'm scared of a lot of things. Spiders, the ocean, frogs, rats/mice, baby dolls, you name it. The weird thing is, I'm not scared of snakes or fish (obviously, because I have a fish). I like watching horror movies, though.
I'm really clumsy and awkward. I can touch anything and make it break, kinda like SpongeBob's cousin, except that he sets it on fire. I swear, I broke the last phone I had by dropping it in my pool a month after I got it.
I get jealous pretty quickly. I don't get jealous if someone likes who I like, but when someone's better than me at something I like. This leads me to another subject: I'm competitive. If it's running to class, playing my viola, or whatever, I have to beat somebody at it. I get it from my mom ^.^.

He's kinda shy no matter how much he denies it. I think he's just hiding his social-ness from others. 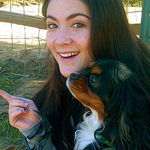 We just met, but she's really cool. We also have a few things in common.

1/132
Community content is available under CC-BY-SA unless otherwise noted.
Advertisement